I got married last September and when I said “I do” to my husband,  I also said “I don’t” to changing my last name. Before the wedding I did go back and forth a little on the idea of having two last names. I remember thinking, “Well I want people to know we’re married,” and “Wouldn’t it be easier if we had the same last name?”  Ultimately I decided I didn’t care if people thought we were married, because we knew we were married. And having two last names on top of my already long middle name was just too much. 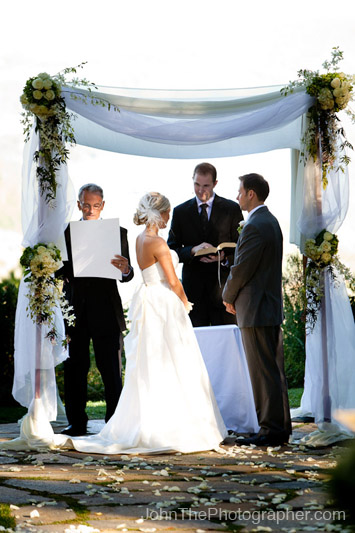 Photography by John the Photographer

Most people I tell this to don’t understand my reasoning. Some people (mostly older women) are shocked and even offended that I didn’t make the “full commitment” to my husband and take his name. Yes, that has actually been said to me before. Other people think I did it because I’m lazy and didn’t want to go to the DMV (this one could be partially true), and a “friend” recently told me in front of all her friends that I only did it because my mom didn’t change her name when she got married, therefore it must be a tradition. Cause you know, I can’t think or make decisions for myself.

So here’s why I didn’t do it-  It wasn’t because I am already established in my career with my maiden name and don’t want to confuse people, it wasn’t because I felt like it was something I had to do, or I had pressure from my family. I kept it for me, and me only. It is my name after all. My name is a part of me, and it always has been. I have had it since I was born, so why change it now? I also have a sort of love/hate relationship with my name. It isn’t the most beautiful sounding name or the easiest to spell, and I often get sick of people misplacing the ‘h’ or mispronouncing it all together, but once again, it is mine. It reminds me of that side of my family who although they’re kind of crazy, I absolutely love and wouldn’t trade for anything. I like being a part of that group, I like the connection we have by having the same name that was given to all of us as newborns.  My name also reminds me of my heritage. It is a Jewish name that has been shortened over the years, but I know where it came from.

Now, as much as I love my husband (and his last name isn’t too shabby either) I didn’t feel right losing my independent identity just because I married him. Because he is the kind of man he is, he didn’t care either way. When I was discussing it with him before we got married he even once said “Why change your name? Who cares? We’re still going to be married. If you don’t want to change it, don’t.” This is one of the many reasons why I know I married the right guy.

So, when we walked down the aisle after we said our vows, the officiant announced us and said “Amanda and Troy as husband and wife!” instead of “Mr. and Mrs. Troy____” I loved this announcement. That is what we were—husband and wife. I was not just the “Mrs” version of my husband, I was a part of a marriage and a commitment, but I didn’t need to lose myself to be in that commitment. I have always hated when women agree to be announced or even addressed as “Mrs. John Smith.” “Mrs. Smith” is one thing if you decide to change your name, but why in the world is it okay for your FIRST name to be replaced by your husband’s? As if you are no longer your own entity, and only his first name is important enough to be announced to all your friends and family.

* Disclaimer-  I am not saying every woman should keep her last name. That is a choice each woman needs to make for herself. It wasn’t right for me, but I don’t judge anyone who follows the tradition of taking on her spouse’s name. But why don’t the men take our names? Okay, okay, even I know that would never fly, but then why should we be judged if we don’t take theirs?